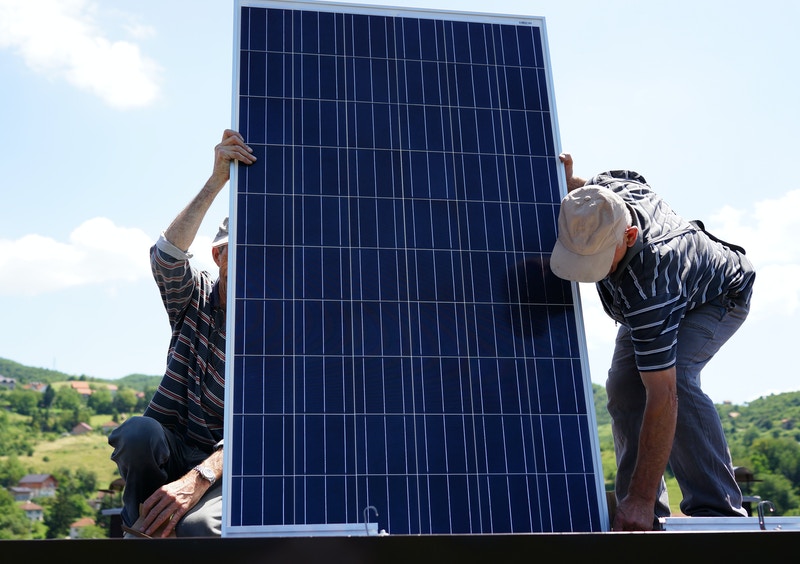 Solar panels have become increasingly popular in the last few years because they are an alternative to burning fossil fuels. Solar panels are a form of renewable energy, or a source of energy that doesn’t deplete limited resources. There are many types of renewable energy, including wind power, solar power, biofuel, and hydropower. Solar energy is one of the most well known, and it works by converting light energy in the form of photons into usable energy that can be translated into a power source. Solar panels are delicate structures that absorb the sun’s rays and perform the complex process of converting light into energy. Because solar panels are fragile, they require mounting systems to protect them. Keep reading to learn about some essential solar panel hardware.

Mounting systems hold the solar panels in place and protect them from getting blown over or disoriented by strong winds. They also control air circulation underneath the panels and move heat out, because the units themselves can get very hot.

Ground mount.
A ground mounted solar power system is a network of ground based mounting supports that holds the solar panel system in place with racks or frames. A good ground mounting system should be able to accommodate various types of terrain.

Roof mount.
Similar to ground mounts, but these solar panel mounting systems anchor solar panels to the roof instead of the ground. Roof mounted systems don’t take up any extra space on the land so they are preferred by some users. It’s important that the roof itself be strong enough to hold the supports in place.

Tracker.
Sun tracking solar panels increase the efficiency of solar panels by controlling the tilt of the module according to where the sun is. They track the direction of the sun throughout the day and adjust the panel’s position so it received maximum sunlight exposure at any point during the day. Sun tracking solar panels require more maintenance and are more complex than traditional racking systems.

Fixed rack.
Unlike sun tracking solar panels, fixed racks do not adjust the solar panel’s position in response to the direction of the sun. A fixed rack holds the panel at the same tilt angle. Commonly, the tilt is equivalent to the latitude of the location where the unit is installed. These racks do require less maintenance, but they don’t as efficiently capture the sun’s light because they don’t follow its movement across the sky during daylight hours.

If you have any experience working with solar panels, or you have any advice on what the best hardware is, please let us know in the comments below. Read more blogs like this.